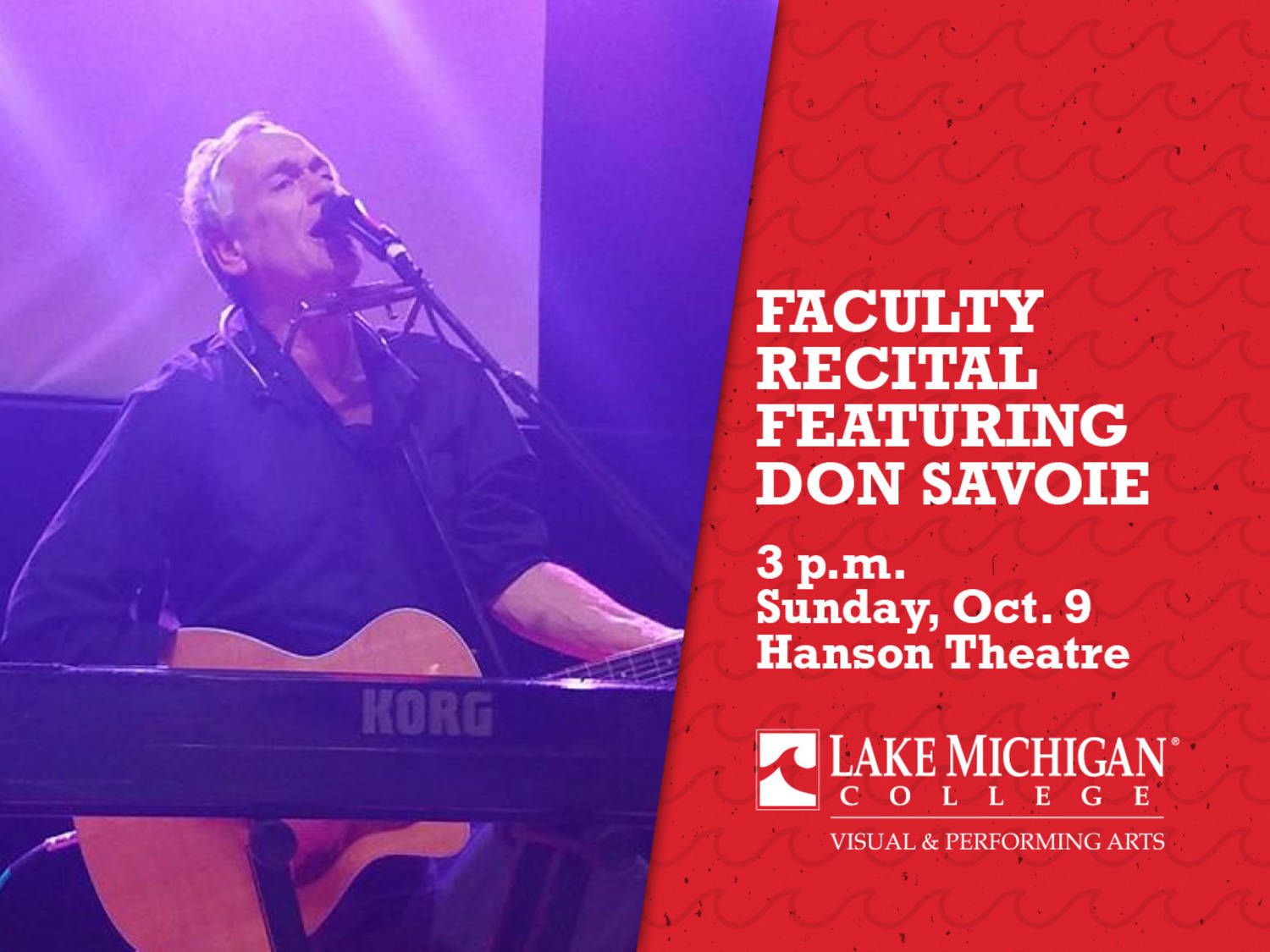 Savoie is an original blue-eyed soul artist, singer-songwriter, and multi-instrumentalist. During the performance, he will play guitar, piano, and harmonica. He will also collaborate on a few selections with current LMC vocal students Shay Beeson and Aurelia Davis.

The set list includes several of Savoie’s original songs plus rock classics including Linda Ronstadt’s “Blue Bayou” featuring Davis on lead vocals, The Everly Brothers hit “When Will I Be Loved,” on which Savoie will duet with Davis, and The Beatles “Oh, Darling” featuring Beeson on vocals.

Savoie began his career in southwest Michigan and continued at the University of Michigan as part of the vibrant Detroit-Ann Arbor blues and rock scene from the mid-1970s through the ’80s. He toured Europe in 1979 and 1982 and played at the Montreux Festival. During his career, he has worked with Joe Cocker, Stevie Ray Vaughan, Jackson Brown, Pattie Smith, Weather Report, John Mayall, Koko Taylor, Ramsey Lewis, Son Seals, and Luther Allison.

Savoie served as an adjunct professor at the University of Notre Dame from 2001-2015. He is part-time faculty at LMC teaching guitar, electric guitar, electric bass and directing the Pop/Rock Ensemble. Additionally, he plays shows throughout southwest Michigan, northern Indiana, and Chicago, and will be releasing a new CD, “King Exile,” on Spotify.

About the Lake Michigan College Visual & Performing Arts Department
The Visual & Performing Arts department gives students the opportunity to reach new levels of excellence through classroom instruction and public performance. The program is based in The Mendel Center, the only performing arts center of its kind in southwest Michigan. Here, LMC students have the opportunity to study theatre, instrumental and vocal music, dance, drawing, painting, and more in a venue that attracts more than 100,000 patrons annually.

Auditions are held for select ensembles that perform on the same stages as world-renowned touring acts. Students in any major also have opportunities to work in a state-of-the-art recording studio, audition for Broadway-style musicals and plays, join three different vocal ensembles, string and wind ensembles, a pop-rock ensemble, drumline and jazz band. One of only two colleges in Michigan to carry the prestigious All-Steinway designation, LMC has a team of highly qualified professors that bring real-world expertise to the classroom.