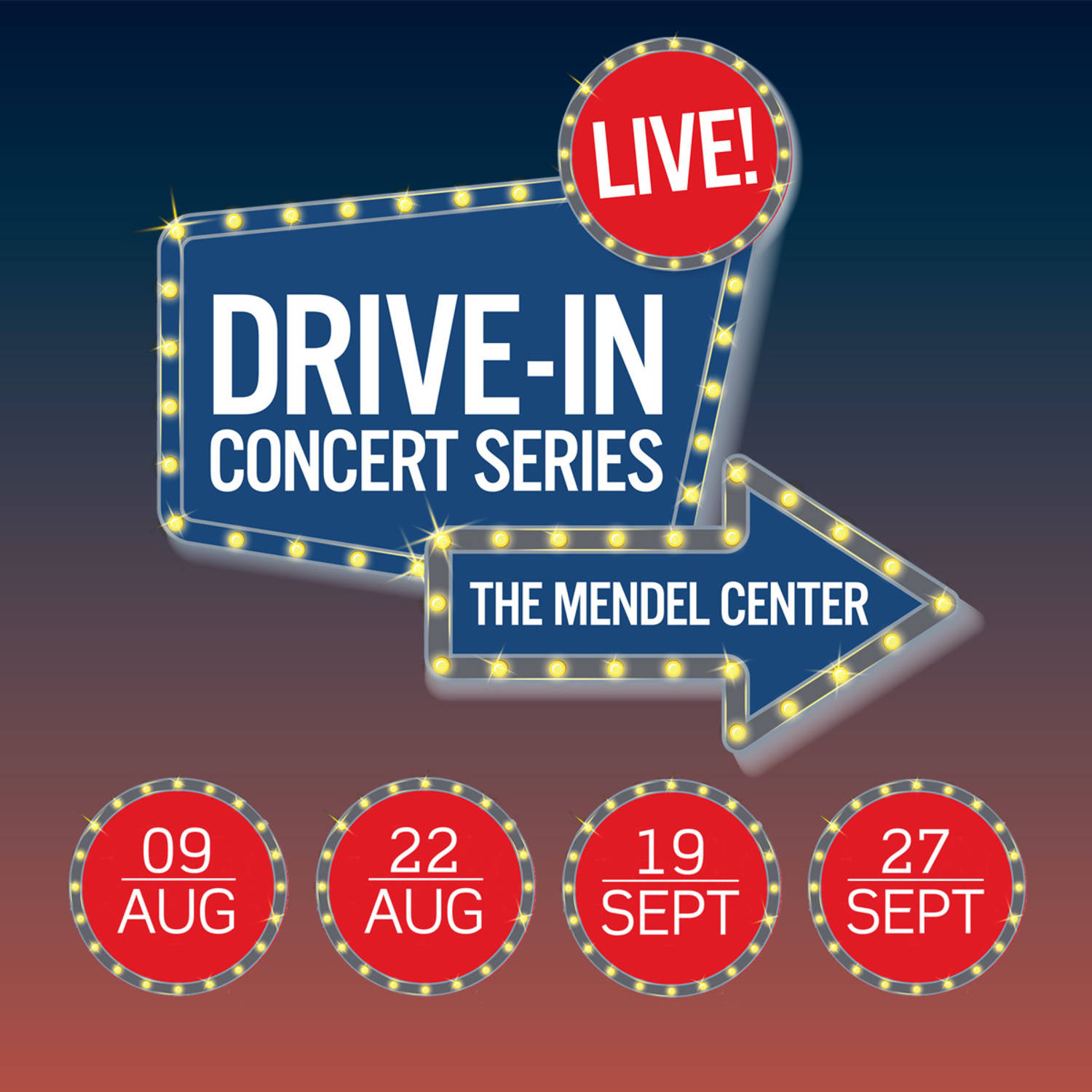 Live music is back at The Mendel Center. This time the entertainment heads into the great outdoors onto the spacious grounds of Lake Michigan College. The Drive-in Live! Concert Series hosted by The Mendel Center will be held in the Grand Upton Hall parking lot, on the south side of the building. Four concerts are planned with each featuring three local or regional acts spanning a wide variety of musical genres.

“With indoor events mostly on hold because of COVID-19, we wanted to find a new way for people to enjoy live entertainment,” stated Mike Nadolski, executive director of The Mendel Center. “We explored several options and decided the parking lots surrounding our facility would lend themselves perfectly to hosting drive-in concerts and knew we had to make this happen for our community.”

One hundred tickets are available for each date. Each ticket provides admission for one vehicle of up to six people and includes two parking spaces, one of which is a personal tailgate area to promote social distancing. Attendees may also choose to stay in their vehicle to enjoy the concert. The in-person performances will be visible on stage and projected onto a big screen. Audio will be provided by FM radio signal to car or portable radios brought by attendees.

Recognized as one of the leading women of jazz/pop crossover for three years in a row by Jazziz Magazine, Jenna Mammina’s live performances capture her audiences and hold them like butterflies in the palm of her hand. “Jenna could sing a page from the phone book and make it sound like her own private piece of the sky,” writes Grapevine Culture critic Kimberlye Gold.

The Andrew Fisher Quartet is a neo-soul jazz group from right here in southwest Michigan. The group specializes in blending traditional genres such as soul, funk, R&B, Mowtown, and more while using the language of improvisation and jazz. Since its inception in 2015, AFQ showcases the unique talents of its members on well-known songs as well as on original music from their 2019 EP.

Doctors and engineers by day, musicians by night, Doc Revolver is as eclectic as the music they play. You’ll be sure to recognize some of the songs they cover, spanning multiple genres including rock, pop, alternative, indie, and the occasional country song.

Bryan Lubeck’s live shows are his forte with his high-energy, fiery Spanish guitar and smooth urban grooves. His latest album Tuscan Sky has spent more than 14 weeks on the various adult contemporary instrumental charts. Bryan has been named as a Critics’ Choice by Billboard Magazine and has recorded with five Grammy Award winners and performed with 12 Grammy Award nominees and winners.

With a bluesy, jazzy, rock-n-roll vibe infused with a chemistry that only comes from family bonds, This Sypian Family Band plays a slate of original tunes that stir the soul, accompanied by rockin’ covers to get you movin’. This close-knit group of family and long-time friends has an eclectic sound with influences ranging from British Invasion to ‘90s alternative and everything in between.

Dan Maxon is a local singer/songwriter and guitarist. He was raised under all manner of musical influences, finding a particular fondness for rock, folk, and jazz. He channels these genres through his own intimate, acoustic style.

The Big Payback is an award-winning jazz-rock band featuring the soulful vocals of Leah Isabel Tirado and a smoking horn section. Mixing "ambitious original tunes that challenge even the most talented instrumentalists" (La Crosse Tribune) with classic covers, the band's live show never fails to get the crowd moving.

Sankofa is a group of local musicians from Benton Harbor who love and respect the emotions that develop when good, deeply felt music is played. They have performed on many stages for the past five years, playing an eclectic mix of Old and New Soul, Funk, Jazz, R&B and Hip Hop.

They opened The Mendel Center's Remotely Interested online series. Now, they'll be with us in person! Together, this husband and wife duo has been 3-time committee nominated by the Irish Music Association for Top Duo internationally. Their CD “Chance the Arm” was named Celtic Album of the Year in 2014 by Irish radio, Celtic Echoes.

New York native and longtime Michigan resident John Latini, a 3-time Detroit Blues Champion, is a dynamic performing force to be reckoned with. This engaging musician is a celebrated songwriter who connects with fans across many demographics. Latini’s muscular, rockin’ blues grabs you by the throat from the get-go and won’t let go.

Mike is considered a master vocalist, guitarist, and pianist, as well as a prolific and innovative songwriter. His performance history, spanning three decades and totally over 30,000 hours, includes a wide range of gigs, from local haunts to headlining concerts.

Additionally, each concert is going to feature prize giveaways, trivia contests, and family-fun activities done safely from each car tailgate zone. During the August 9 concert, a portion of the sale of bottled water will benefit the Berrien Community Foundation Arts Challenge campaign.

Though music and fun will be center stage during these events, The Mendel Center staff is staying focused on the health and safety of everyone in attendance.

“The well-being of our attendees, performers, crew, and staff is our first priority. The Drive-in Live! Concert Series is set up to promote social distancing in accordance with governmental guidelines,” Nadolski stated. “We will encourage patrons to stay within their assigned parking and tailgate spaces, and mask wearing is required when leaving that designated space.”

Nadolski added that while The Mendel Center has taken expanded safety measures, the cooperation of all attendees is needed to help keep everyone as safe and healthy as possible.

Tickets for each performance are $60 for premium parking per carload up to 6 people; $50 for standard parking per carload up to 6 people. Tickets can be purchased at www.TheMendelCenter.com or by calling The Mendel Center box office at 269-927-8700, option 1. Temporary box office hours are Mondays and Tuesday from 10 am to 2 pm. Tickets can be purchased 24/7 through the web site.

The Drive-in Live! Concert Series is sponsored by the Southwestern Michigan Tourist Council. The September 19 concert is supported by the Arts Midwest Touring Fund, a program of Arts Midwest that is funded by the National Endowment for the Arts, with additional contributions from the Michigan Council for Arts and Cultural Affairs and the Crane Group.