On the Trail of Big Cats with Steve Winter 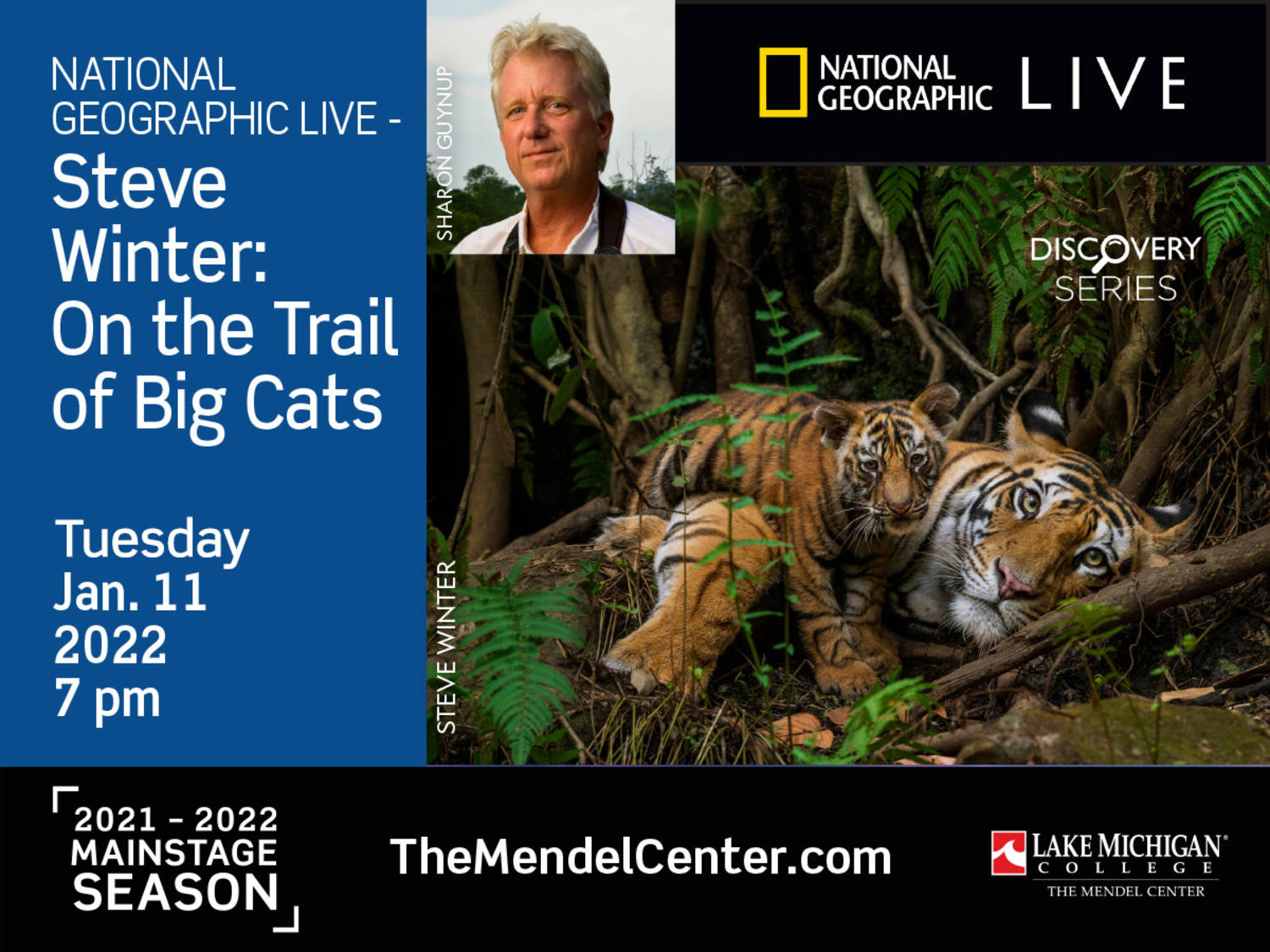 During “On the Trail of Big Cats,” dedicated explorer and award-winning photographer Steve Winter will take you from Asian jungles where resilient tiger populations persist, to the Himalaya, home of the rare snow leopard. Follow him into the rainforests of Latin America to view the elusive jaguar, and into the Hollywood Hills in pursuit of the American cougar. Co-author of Tigers Forever, Winter’s mission is to share the beauty of big cats while working to save them.

Winter has been stalked by jaguars in Brazil, charged by a grizzly in Siberia, and trapped in quicksand in the world's largest tiger reserve in Myanmar. He's flown over erupting volcanoes and visited isolated villages where residents had never before seen a blond foreigner—or a camera.

Growing up in Indiana, Winter dreamed of traveling the world as a photographer for National Geographic. His first camera was a gift from his father on his seventh birthday. Over the next few years, Winter's dad taught him the basics of photography.

After graduating from the Academy of Art and the University of San Francisco, Winter signed on as a photojournalist for Black Star Photo Agency. Since then, he has produced stories for GEO, Time, Newsweek, Fortune, Natural History, Audubon, BusinessWeek, Scientific American, and Stern, among other publications. His nonprofit and commercial clients include UNICEF, Merck Pharmaceuticals, Kessler Institute for Rehabilitation, and others.

Reserved seating tickets starting at $30 for National Geographic Live: Steve Winter “On the Trail of Big Cats” are on sale now at www.TheMendelCenter.com, by calling 269-927-8700, option 1, or by visiting The Mendel Center Box Office in person. The box office, located in the Grand Upton Hall Lobby, is open weekdays from 2 to 6 pm.

This event is part of The Mendel Center’s Discovery Series and is funded in part by the Gast Young People’s Performance Endowment.

This event is supported by The Michigan Council for Arts and Cultural Affairs.