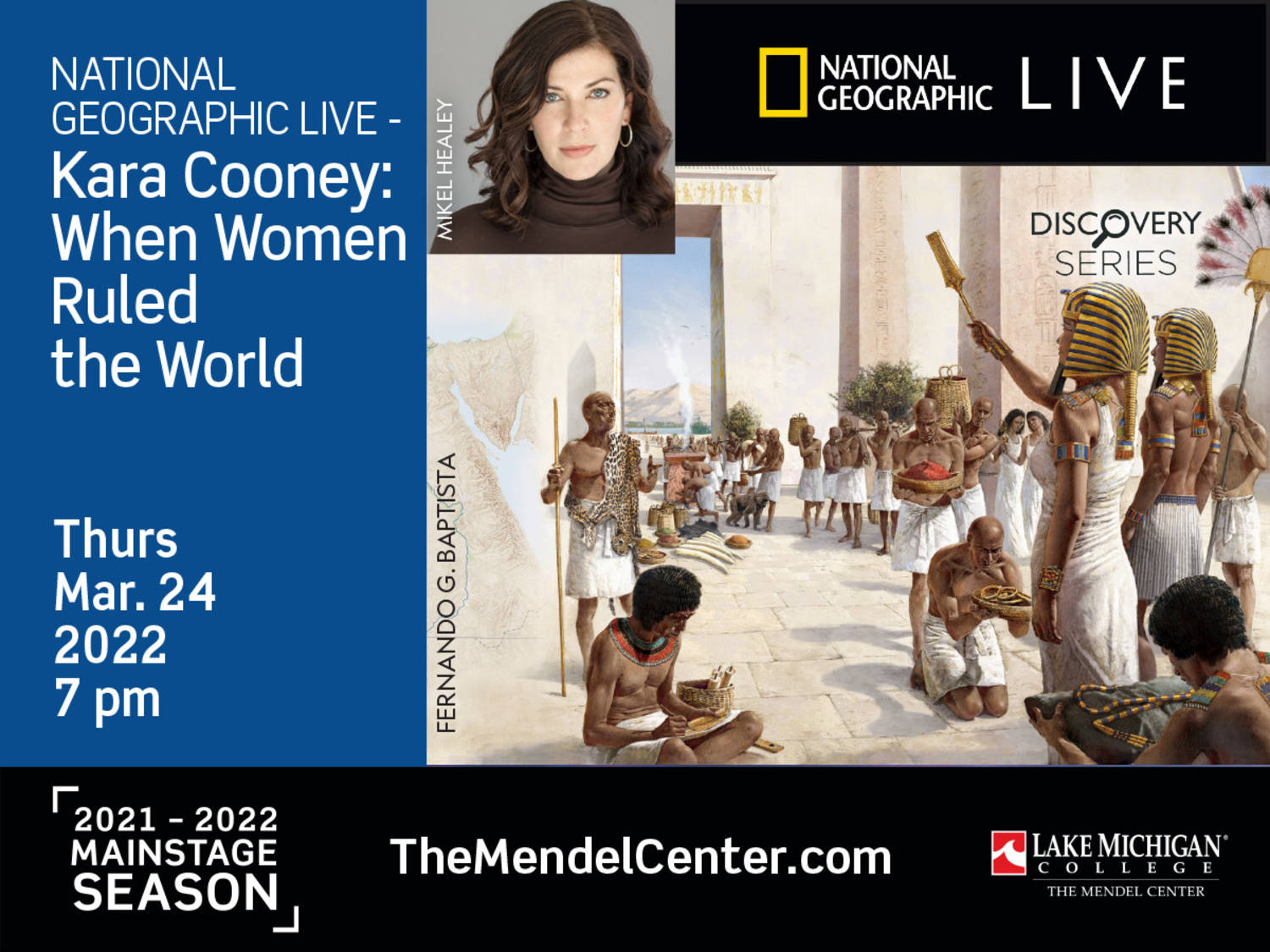 During this presentation, Dr. Cooney, professor of Egyptian Art and Architecture at UCLA, will look at a time in ancient history when women ruled the world. Often neglected in the history books, these women were considered exceptions to the rule, political pawns in a patriarchal society. But their power and influence are undeniable.

Cleopatra used her sexuality—and her money—to build alliances with warlords of the Roman empire. Neferusobek was the first woman to definitively take the title of King. Nefertiti is known more for her beauty than for bringing a fractured Egypt together. What can we learn from how these women ruled? Dr. Cooney shares some illuminating answers.

Dr. Cooney specializes in craft production, coffin studies, and economies in the ancient world. She received her PhD in Egyptology from Johns Hopkins University. In 2005, she was co-curator of Tutankhamun and the Golden Age of the Pharaohs at the Los Angeles County Museum of Art. Dr. Cooney produced a comparative archaeology television series, entitled Out of Egypt, which aired in 2009 and is available online via Netflix and Amazon.

The Woman Who Would Be King: Hatshepsut’s Rise to Power in Ancient Egypt, Dr. Cooney’s first trade book, was released in 2014 and benefits from her expert perspective on Egypt’s ancient history to craft an illuminating biography of its least well-known female king. As an archaeologist who spent years at various excavations in Egypt, Dr. Cooney draws from the latest field research to fill in the gaps in the historical record of Hatshepsut. Her latest book, When Women Ruled the World, was published in 2018 by National Geographic Press and explores the reigns of six powerful ancient Egyptian queens and how they changed our perceptions of power.

Dr. Cooney’s current research in coffin reuse, primarily focusing on the 19th and 21st Dynasties, is ongoing. Her research investigates the socioeconomic and political turmoil that have plagued the period, ultimately affecting funerary and burial practices in ancient Egypt. This project has taken her around the world over the span of five to six years to study and document nearly 300 coffins in collections, including those in Cairo, London, Paris, Berlin, and Vatican City.

Reserved seating tickets starting at $30 for National Geographic Live: Kara Cooney “When Women Ruled the World” are on sale now at www.TheMendelCenter.com, by calling 269-927-8700, option 1, or by visiting The Mendel Center Box Office in person. The box office, located in the Grand Upton Hall Lobby, is open weekdays from 10 am to 6 pm, and one hour before events. A livestream viewing ticket option for this presentation is also available.

This event is part of The Mendel Center’s Discovery Series and is funded in part by the Gast Young People’s Performance Endowment.

This activity is supported by The Michigan Council for Arts and Cultural Affairs.